How to hack public space with sound 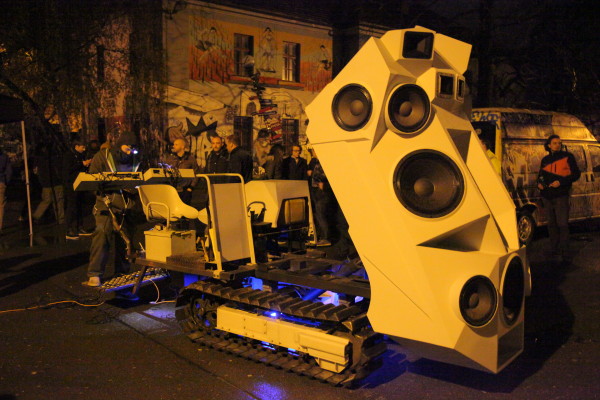 How to hack public space with sound

2. Mobile phones
Use your mobile phone to listen to loud music on public
transportation.

3. Boombox
If you attach importance to high fidelity,
sub-bass, and style, use a classical boombox
instead of a mobile phone.

5. Pimp your car
Put as many speakers and subwoofers as you can
inside your car and cruise
around your neighbourhood.

8. Krachdemo
Organize your own noise demonstrations.
Protesters have to bring pans and pots with them and make a
hell of a noise.
“Krachdemos” are a very popular way in
Berlin-Kreuzberg to protest against gentrification.

9. Human mic
If police forbid using microphones and amplifiers, make use
of the human mic to amplify your voice like it was shown at the
occupy movements in NY. The words of the speaker are repeated
by the masses around him like an echo until they are heard in
the last lane.

10. Silence
Produce absolute silence by inventing a
Ballardian Sound-Sweep. Alternatively,
produce a vacuum; unfortunately that
wouldn’t be a very friendly environment
to live in.