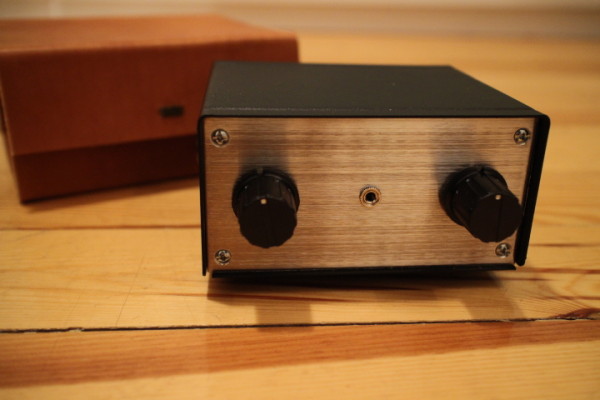 Would you agree that your work exposes dichotomies deeply related to the formation of human knowledge, science and understanding in general: scientific vs. alternative explanation, normal vs. paranormal, subjective vs. objective? Do you personally favor any of these sides?

Although we have a particular interest for the term “alternative”, we don’t intend to favor any side of the dichotomies that are usually created around the major themes. Our main purpose has been to show that sometimes human knowledge can produce quite strict limits, so strict that they can even block the creation of new hypotheses and new forms of life. The question mentions “normal vs. paranormal”, well, what’s the concept of normal if not something that by exclusion necessarily produces the abnormal? So, this is the kind of mechanism we are dealing with when we indicate the limits engendered by the science… This perverse understanding, which superficial scientific views can produce, is able to imprison us inside the truths created by someone else, as if we were unable to think for ourselves.

What exactly is the immanence that your machines present to the viewer? At a first glance, the machines get their energy from the “air and ground”. In terms of scientific explanations, the germanium diode antenna gets the energy, necessary for the electric current, from the light coming from the Sun. The galena crystal, which is – like germanium – in scientific terms categorized as a semiconductor, too, gets the energy for the electric current from outside electromagnetic waves. How can we understand the term “immanent” applied in both of these cases? Can we understand it as referring to the proper characteristics of materials, in this case semiconductors, which make the working of such machines possible?

We consider that it is quite difficult to understand the world without first filtering it or interpreting it through the systems that we humans have created to measure it and scrutinize it. Scientific practices have been present for so many years that they ended up dissolved in everyday life, so, in that way, they seem to be natural and inherent to human beings. Although they seem to be outdated and insufficient to the contemporary eyes, the Metaphysics and Positivism, for example, have left deep marks in Western cultures, limiting us even more to the notion of transcendence we already had from religion. So, we think that the subject of immanence could be a breeding path to point some restrictions and also the artificiality of the conventional scientific separation between subject and object. Being more specific, the two radio receiver circuits are so simple and naked that we can perceive the material itself as an inherent ability, as if the germanium and galena were merely forces of the nature that don’t need any theory to work the way they do. Let’s say they are machines themselves that had already existed before being used that way… When we talk like that, it may sound contemptuous towards scientific research, but that is not it. Apart from the fact that the concept of transcendence and immanence are complementary and not opposite, what we wish is to question certain hierarchy of the things by reversing the idea that the world is being little by little organized by the human knowledge; consequently, this means that if we see things more horizontally – in a holarchy – we may feel more capable of building new relationships with the world and the current political systems.

Schriber’s method seems to be a digital analogon of putting two mirrors in front of each other, causing a regression ad infinitum of images to appear to the eye. From a technological point of view, one would expect with Schreiber’s method to see some pattern as a result of the TV’s cathode ray, which moves line by line, the frequency of its functioning and the sampling frequency of the camera. This pattern should probably be perpetuated because of the closed loop formed by the camera and the TV screen. Is there any “official” explanation for the images that the experiment produces?

According to Klaus Schreiber himself, this ‘videoloop feedback’ method was suggested by communicants from other dimensions during a session in which he was using audio recorders just like those used by Friedrich Jürgenson and Konstantin Raudive a few years before. At that time, there were many other researchers working simultaneously, all of them following the premise that the communication was an effect from the manipulation of electromagnetic waves by the invisible communicants, and that the electronic devices were transducers to transform such manipulation in a recognizable language. Nowadays, the theory remains the same, and it has already been contested by many people throughout the years, but one thing is undeniable, the high quality of some images and sounds received by these researchers excludes the possibility of pareidolia. It really doesn’t matter to us if there is a technical-scientific explanation accepted by the academic community or not … What matters is exactly the opposite. Firstly, because it shows how much disturbance can doubt cause when the tools we have are unable to explain something, and secondly, because it brings along the reaction of those who try to disqualify the ITC by using the mistaken understanding of the scientific method, which has been spread in our everyday lives, i.e. the idea that something does not exist unless we can prove it. Well, if such an attitude makes us aware of possible frauds, it also makes us suspicious about all that is new but unexplained, which often eliminates the chance to change things for better; it seems urgent to think more deeply about our dogmatically scientific laic values.

Yes, the explanation for the Schreiber´s method is also applicable to the Psychophone. This device, which is nothing more than a broadband radio projected to not tune separate frequencies, receives all the waves simultaneously in order to increase the possibility of interdimensional communications. Besides the principle of ITC – electromagnetic waves could be manipulated from beyond in order to get transcommunications through electronic devices instead of a human medium – Franz Seidl had in mind something very democratic that has nowadays become more common due to this “maker” culture, the “open hardware” concept. Seidl left the schematics available in a way that everyone can build their own Psychophone! So, when we decided to rebuild this experiment, we were thinking about something which could offer multiple “IO ports” and connections to raise new questions about the world we live in, because what we really want is to encourage a fresh discussion. Cognitive traps are to be avoided and it is so easy to get caught in them without noticing, that’s why we care very much about the chosen subject.

Having in mind that your works are some kind of experimental set-ups, would you say that your exhibition aims predominantly at opening epistemological problems by questioning what kind of explanations scientific explanations really are, how they function and what are their limits?

Bingo! But please don’t tell this to anybody … Otherwise, it would be similar to somebody going out of the cinema and loudly telling the end of the film to everyone standing in line for the next session (laughs). Well, this is a good example for those cognitive traps we were talking about, movies are much more complex than words. We can imagine that by knowing the end of the story many people would just give up the session, even though they would be lacking the other layers of the movie, right?! Maybe we are often acting just like consumers of a taxonomic system that organizes the world for us and, because this is so comfortable, we get lazy about questioning this system … So, the opportunity to produce an atmosphere that invites people to seek their own hypothesis is something really valuable!

Are there any aesthetical or ethical features present in your works/experiments? Do you understand human-produced explanations as merely epistemological artefacts or do (should) they have also aesthetical and ethical dimensions?

We think of these things as complementary layers; ethic and aesthetical dimensions will probably mix into epistemological artefacts engendering human explanations. For example, from our perspective, we’ve been following a certain “philosophy of freedom” – from Espinosa, Nietzsche, Foucault, Deleuze, Guattari, Negri and Hardt, among others – an abstraction that could make us more confident to start recombining ideas as a strategy to find transitory new universes … Nothing much beside some new combinations, it’s true. But the feeling while doing this is so much better than being normalized that, what we now want is just to invite people to participate in this exercise of freedom, and we are confident that they can do more than us!